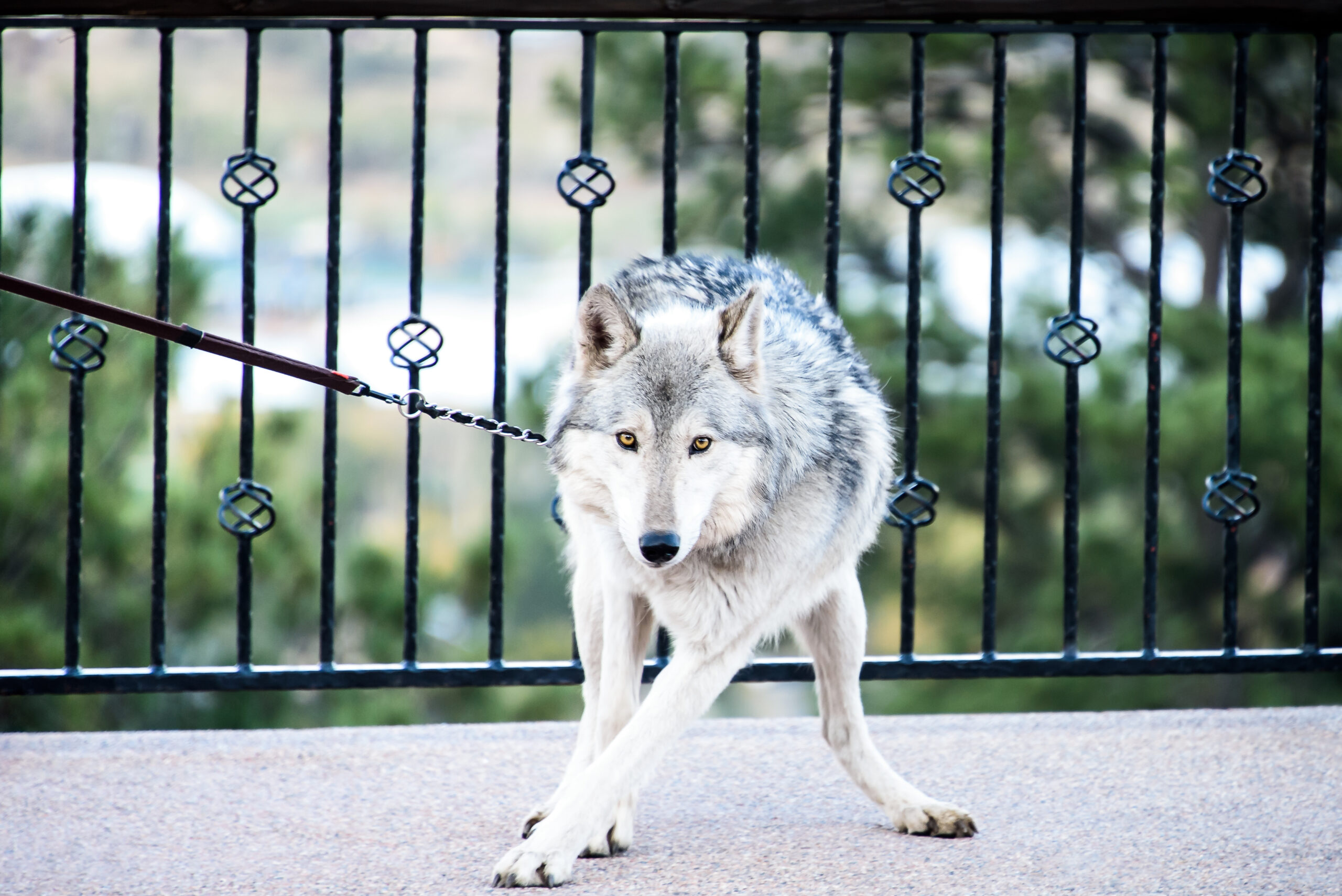 Wolves can be successfully bred with other canids such as coyotes and dogs (but not foxes). If you love wolves you might be attracted to a dog that is part wolf⸺I know I was. I found myself asking, should I get a wolf dog? My answer in this post might help you decide.

Should I get a Wolf Dog?

For me, the answer was no. A wolf hybrid may be more wolf than a dog and retain some very challenging behaviors that will make ownership more than most people bargain for. There are many hidden expenses and you will have to trade some personal freedom in your own life to fully care for it. Perhaps most telling is the statistic that 90% of pet wolves and wolf hybrids are euthanized by the age of 2.

Recommended: Take better pictures with your smartphone with this tripod

What are Wolf Dogs?

A wolf hybrid is a dog that has some percentage of genetic content from a wolf. Dogs and wolves can mate and produce viable offspring.

This means their young are capable of reproducing. Not all related species can do this. For example, when a female horse is bred with a male donkey, the resulting mule or hinny is sterile.

A wolf hybrid is usually the result of human intervention since in nature wild wolves only mate once a year and it is only the alpha male and alpha female who do so. A wild wolf with other wolves around would not seek out a dog to mate with.

A wolf hybrid might be a high, mid, or low content. This refers to the percentage of wolf DNA. Higher content animals will behave more like wild wolves however, even lower content animals may exhibit more wolf traits than dog traits. Some sellers are not honest and will sell essentially huskie mixes and pass them off as wolves, others sell wolf hybrids and claim they are dogs but are really mid-high content hybrids, and others even sell pure wolves and claim they are hybrids.

The price can range from a couple hundred to several thousand dollars and you really don’t know what you are getting in many cases. A wolf hybrid is not a recognized dog breed and in many places like Alaska, it is illegal to own one.

What are the Challenges to Owning a Wolf Dog?

First off you need to ask yourself are you up to this challenge or even better are you worthy of it? If your reason for getting a wolf dog is so you can post selfies on Instagram then please don’t get one. Don’t be the Joe Exotic of Canids. Even if you get a wolf as a young puppy it will never be a dog no matter how much time you invest in training.

Modern dogs evolved from wolves thousands of years ago and then humans got busy creating all the different breeds you see today. The result is an animal totally dependent on humans that would quickly die in the wild. Even a wolf-like dog such as a Siberian husky would not survive for long. A Pug or Chihuahua would not stand a chance.

Wild instincts have been bred out of dogs. There are some basal breeds like the Shiba Inu or Alaskan Malamute that are less domesticated than a dog like a Golden Lab, but they are still domesticated nonetheless.

In warmer climates, stray dogs might form packs and survive near humans by successfully scavenging garbage. A pack of dogs, however, lacks the hunting skills to take down a large wild animal like an elk or a moose. Dogs need us – even if only to eat our garbage; wolves do not.

When a dog mates with a wolf, its DNA combines and the offspring is neither wolf nor dog. There is no telling what traits will dominate even among the same litter. Some will be more docile and others wilder like the wolf. It’s a genetic crapshoot.

Things to Consider Before You Get a Wolf Dog:

If you are ok with all of these challenges, have the space, the financial means and the patience then go ahead and get one, but if not, for the sake of the animal⸺don’t.

Where do Wolf Dogs end up?

Many of the challenging behaviors start to manifest themselves after 6 months of age. The cute and cuddly puppy suddenly becomes a handful for the owner who will have to work extremely hard to curb some of these behaviors. Once the realization settles in that this is what the next 10-15 years will be like, many owners give up.

There are plenty of wolf-hybrid sanctuaries around the US that care for these abandoned animals. Most of these sanctuaries rely on private donations and space is limited. Many other animals are neglected, abused, or euthanized. In fact, 90% of pet wolves and wolf hybrids are euthanized by the age of 2.

Should I Get a Wolf Dog? Why I Decided No.

I love wolves as you can tell from my blog. A part of me romanticized how cool it would be to have a wolf hybrid but the more I read about it the more selfish I realized it was. I have a big yard but it’s not big enough nor secure enough. I have kids and a small dog and cat⸺also not good. I would not want to risk any harm coming to any of them.

I work 40 hours a week and my family likes to take vacations. Who would care for this animal with all of its fear of new things? It would be unfair to bring this “pet” into my life. I simply would not have the time to spend with it that it deserves. It would be cruel to do that to a social pack animal.

I suspect my reasons are the same reasons so many of these beautiful animals are abandoned by their owners. I could never imagine abandoning a pet and I would feel like a failure to have to euthanize one because it was too much to handle.

If you love the look of a wolf but need domestication, all is not lost, there are dog breeds that look like wolves. See the examples below (note that even though the Saarloos and Czechoslovakian wolfdogs have “wolfdog” in their name, they are actually domesticated dogs).

How you can Help Wolves

UDEMY. Level up your Skills – Give your Resume a Serious Boost! 2 thoughts on “Should I get a Wolf Dog?”