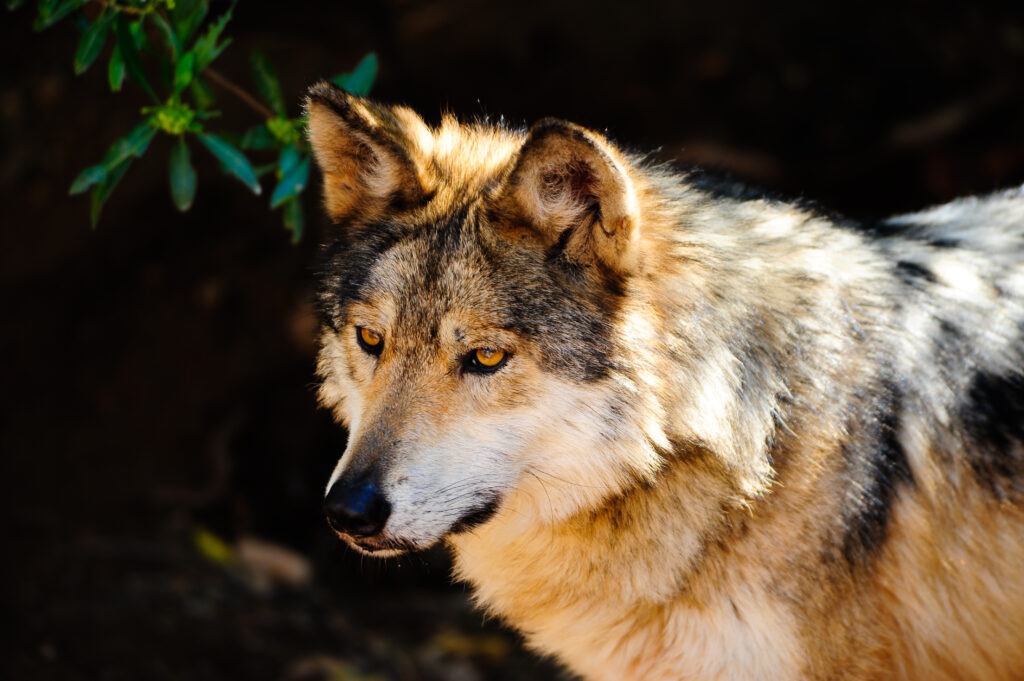 Mexican gray wolves are some of the most genetically distinct wolves in the Western Hemisphere. They are a subspecies that is found only in Mexico and Southwest America. Their slaughter was government sponsored in the mid-20th century, and they were driven to the brink of extinction. When the killing was halted, just seven animals were left in captivity. They have been listed as endangered since 1976. Lackluster efforts from government agencies have seen the population reach just 196, which is far short of what is needed for genetic diversity. These wild wolves are so closely related genetically they are like full siblings. A large, robust population is needed to ensure species survival making Mexican Wolves’ recovery uncertain.

Why is the Mexican Wolves Recovery Uncertain?

The current population of 196 wild wolves comes from just seven animals left in captivity. Lackluster efforts by the U.S. Fish and Wildlife Service have prevented this number from reaching a point needed to ensure genetic diversity. Without genetic diversity, the future of the Mexican wolves’ recovery remains uncertain. In addition, legal protections have a major loophole that protects poachers. The situation is in a dire state.

Are Mexican wolves protected? in theory, yes; in Practice, No.

The Mexican gray wolf has 2 significant strikes against its survival.

There aren’t many Mexican gray wolves in the wild. At last count, at the end of 2021, there were 196 on the U.S. side of the border in New Mexico and Arizona and only 40 on the Mexican side of the border. They are very rare wolves. The only wolf that is rarer in North America is the red wolf.

Despite strong support in the region to protect these animals, 70% of all deaths are due to humans, with illegal killing a significant factor. One thing that certainly doesn’t help is the high legal bar that must be met limiting prosecution of poachers. The McKittrick policy directs Department of Justice attorneys who prosecute Endangered Species Act (ESA) cases. The jury must be given instructions it has to be proven beyond a reasonable doubt that a defendant knew the biological identity of the animal taken.

This policy of the Department of Justice came from a case in which Chad Mckittrick of Montana killed one of the first restored gray wolves in the Northern Rockies but tried to argue it was mistaken identity (i.e. he didn’t know he was shooting an endangered species). He was convicted on three counts of poaching, which was upheld by federal appeals courts.

Once the case went to the supreme court, however, the Department of Justice became gun-shy and backed off from the criminal enforcement provision of the ESA. Instead, they set the bar so high that no one would likely be prosecuted in the future. Essentially they handed a gift to poachers who could just argue “I thought I was shooting a coyote,” and then get off scot-free. Seems ridiculous doesn’t it?

US Wildlife Managers being sued Over Mexican Wolf Recovery Plan

The Center for Biological Diversity and Defenders of Wildlife, represented by Earth Justice, are suing the U.S. Fish and Wildlife Service over its failure to provide for the recovery of the Mexican gray wolf, one of the most endangered mammals in America. Here are the sticking points that show the service does not care about this animal’s survival:

Hunting is economically and culturally important to Arizona and New Mexico citizens. Wolves living in these areas present opportunities for conflict with humans. Hunters tend to think that wolves will decrease the likelihood that they will be successful in hunting deer. Studies have shown, however, that this has not been the case.

Wolves tend to keep the landscape wild and the deer population healthy. Hunters would rather take a healthy deer than a sick or weak one. From 2007 to 2019, the wolf population tripled from 52 to 163, yet the success rates for deer and elk hunters in both states improved or remained stable. This data is ignored by special interest groups, right-wingers, and corrupt politicians. There is big money in spinning the narrative of the big bad wolf, and many of us Americans eat it up and ask for seconds.

There are hunters who hunt for food whom I respect but there are those who love killing for killing’s sake. These people are slaughtering wolves right now just outside the border of Yellowstone. They are not even interested in the wolf’s hide as they are killing them when their fur is all ratty.

These are sad human beings with military weapons hunting a species that the dog sitting in the front seat of their pickup truck evolved from⸺maybe they are the same folks that don’t believe in evolution. Either way, they get a dopamine rush from the level of cruelty that they can rain down on wolves. Not the type of person who is fit to be around, in my opinion.

How can we help Mexican Wolves?

One of the best ways to help Mexican gray wolves is by donating and becoming a Defenders of Wildlife member. I’ve been a member for nearly 20 years now. Defenders of Wildlife and the Center for Biological Diversity launched the recent lawsuit against the U.S. Fish and Wildlife Service over its failure to adequately manage this endangered species.

When you make a donation to Defenders of Wildlife, a whopping 97% of the money goes toward program and support services. They only spend 3% on fundraising. This organization has been around since 1947, fighting to protect wildlife throughout North America. Their actions are informed by science, and they have the legal, policy, and wildlife management expertise to effectively engage Congress, the courts, federal and state agencies, academia, and public debate.

Recommended: Ditch the 9 to 5⸺Learn to Blog for $$$

While it is protected on paper, the Mexican gray wolf is not protected in practice from poaching because as long as a poacher can claim he thought he was shooting a ferral dog or a coyote, he will never be prosecuted. In addition the U.S. Fish and Wildlife service is acting in ways that make the survival of this species unlikely by not allowing the numbers ton increase to a point where genetic diversity in the population can be restored.

If you care about the plight of the Mexican wolf as well as other endangered species, get involved, donate to a wildlife charity, write your congressman, governor, and vote.