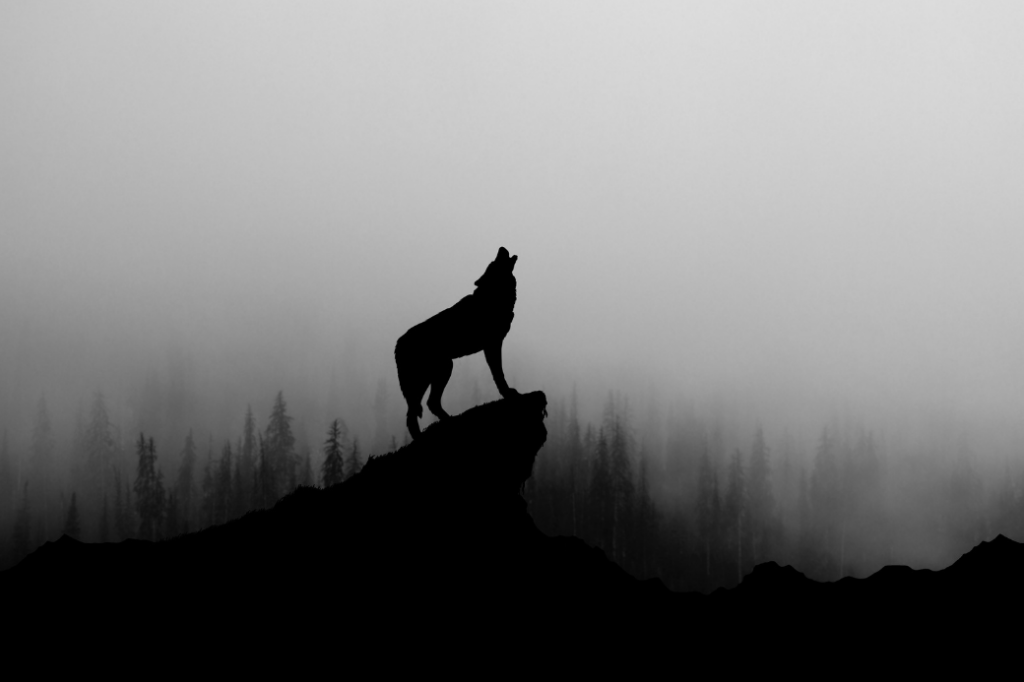 We share the outdoors with all of nature’s creatures. Depending on where you live, you may be camping with wild wolves. You may be asking yourself, can I safely camp with wolves nearby, or is it too dangerous?

Can I Safely Camp With Wolves Nearby?

Yes, you can. Wolf attacks on humans are the rarest of predator attacks. You are more likely to be attacked by other predators like a bear or a cougar. Even so, it would be best if you still went camping. Don’t stay home and be scared of nature. With no issues, people camp with coyotes, bears, cougars, and wolves around. You can do some common sense things not to attract unwanted wildlife to your campsite.

General Advice for Keeping Wild Animals Away from Your Campsite

Controlling the food at your campsite is what you can do to keep curious or hungry wild animals from crashing your camping party. It would help if you tried to cook at least 300 feet ( about 100 m) away from where you will be sleeping. Food and even things like toothpaste and deodorant should be hung from trees out of reach or in animal-proof containers if there are no trees. Many of us like to roast marshmallows or hotdogs in the campfire but try not to lose anything in the firepit.

Wolves are like dogs in many ways and are curious. Just as your pet dog might take one of your leather shoes and use a chew toy, wolves are known to sneak off with unsecured gear like jackets, hiking boots, etc. Securing these items inside the tent or tying them to a tree will go a long way to preventing this.

What to Do if You Encounter Wolves While Camping?

Wolves are wary of humans and avoid us whenever possible (they are smart enough to know we are a dangerous species that cannot be trusted). If your only knowledge of wolves was from Hollywood or folktales, you probably believe wolves attack people. In reality, wolf attacks on humans are the rarest of large predator attacks.

You are not likely to encounter a wolf while you are camping anyway. If you do, it may be because other humans are not as intelligent as you thought it would be a good idea to feed wolves or leave food out for them. A wolf habituated to humans may make itself known and not run away when discovered.

Here are some tips:

Do not do this around wolves

If you are lucky enough to see a wild wolf, it will likely be in passing or from a distance, and you may only ever get that experience once. So enjoy it. Don’t entice the wolf to come closer or try to get closer to the wolf yourself. Just let it be. Don’t toss food out for it. Don’t let your dog chase it. A wolf has powerful jaws and is faster and more limber than your dog. It is a skilled predator with mental focus and purpose. A wolf is like a navy seal and your dog is an average guy⸺it won’t end well for your dog.

The biggest favor you can do for the wolf is to scare it away. Reinforce that people are unpredictable and should be avoided. A wild wolf that comes to trust humans is a dead wolf. For all the humans that love wolves, there are just as many or more who hate them. For the benefit of the wolf, they should stereotype us negatively.

Will fire Keep Wolves Away?

Yes, a campfire will keep most wild animals away, including wolves. As mentioned earlier, a wolf is the least likely of the big predators to come around a campsite unless it has learned to associate people with food. Wild animals have a natural fear of fire; just don’t throw food scraps in the fire pit. You may get visitors once the fire burns out.

Looking a Wolf in the Eye

Looking a wild wolf in the eyes while backing away is recommended since you want to let the wolf know you are not to be messed with. Your goal here is to get away and make yourself seem not worth the trouble of an attack. However, it is not advisable to stare a wolf (or wolf-hybrid) down in a confined area like a wolf sanctuary. The wolf will perceive your star as a challenge of dominance and may become aggressive toward you.

Do Wolves Hunt Humans or Are they Scared of Humans?

Wolves do not hunt humans, nor are they scared of humans. They are wary, however. Like many wild animals, Wolves are suspicious of that, which is novel, and will avoid it. Humans, too, are wired this way. Our tendency toward viewing that which is different as unfavorable kept us alive as early humans (but drives much of our irrational behavior today as we try to live together).

This is why it is so important to not attempt to familiarize yourself with a wild wolf. It is the wariness of humans that keeps the wolf alive. If a wolf comes to trust one human because it was given food and the human did not turn out to be a threat after multiple encounters, then it won’t know to run away from another human out for blood with an assault rifle or a truck full of empty Budweiser cans.

Is it a Good Idea to Fight a Wolf

Not unless you have to. Humans may be intelligent, but we are not that strong compared to the world’s predators; we don’t have great natural defenses like a mouth full of sharp teeth, and a sizable portion of us are out of shape. That being said, if you cannot escape an aggressive wolf, then fight back. The fact that you are fighting a wolf probably means the animal has been habituated to people, is rabid, or has something else wrong with it.

By putting up a fight and making a lot of noise, the animal might decide you are not worth the trouble. If you make enough noise by yelling, clapping, and acting aggressively, you may prevent the attack before it begins. Try to stay calm as a wolf can sense fear, and when you are afraid, you might run, making you look like prey trying to escape. A wolf can run faster than you can.

Make sure a tree or some other large object is behind you. You don’t want a wolf to get behind you. Use what you can as a weapon – a tree, stick, knife, bear spray, whatever. If you do drive the wolf off, get to safety. You can climb a tree, find a shelter (not your tent), go to your car, or go higher ground. The wolf may have left but may still come back for another chance.

This guy camped by himself with minimal shelter and a wolf came by his campsite who obviously wasn’t habituated to humans so it ran off and did not bother him.

When you go camping, use common sense—not just for wolves but for other wild animals as well. Keep your dog (if you have one) on a leash and under control. Stay together as a group. Store your food out of reach or in animal-proof containers and away from your tent. Cook and eat away from your tent. If you see a wolf that doesn’t run off, there is a good chance it is sick, really hungry, or has been habituated to people. Do your best to act aggressively and make a lot of noise.

Remember most people will never see a wolf even when they are around. Those encounters that do happen are usually fleeting as the wild wolf wants to avoid you. If you’re lucky, you might be able to take a quick photo. So get out there and pitch a tent and know that you can safely camp with wolves (and other predators) nearby.

6 thoughts on “Can I Safely Camp with Wolves Nearby?”