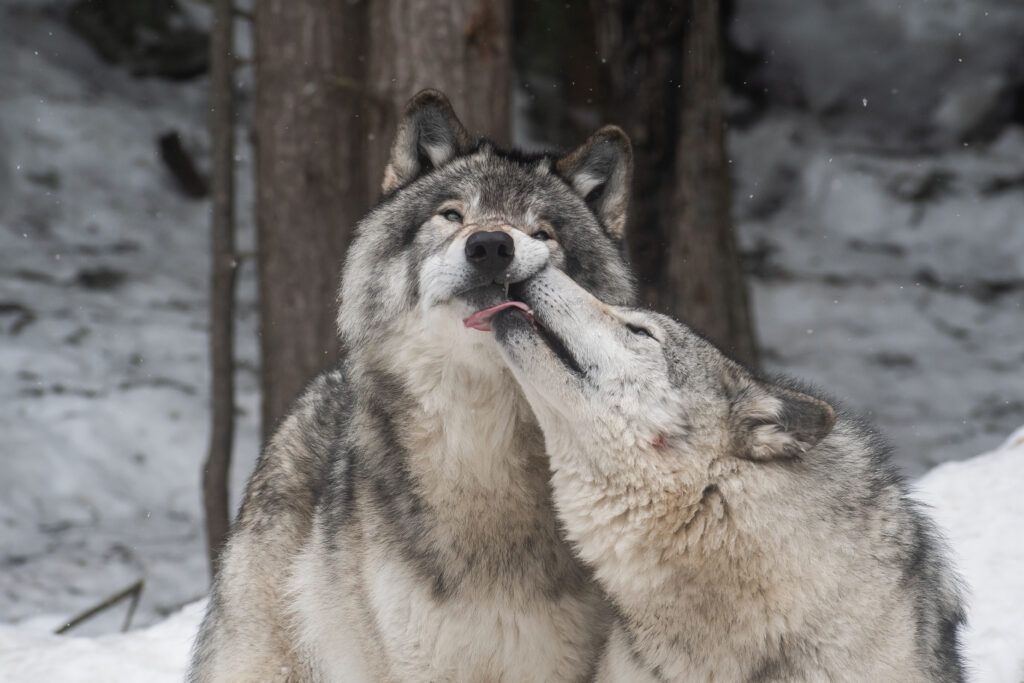 This failure to act has seen mass killings of wolves across the western states and they have become another partisan issue at the mercy of the fickle whims of American Politics. Science-based decision-making is nowhere to be found as lobbyists for livestock owners and hunting groups guide the discussion at the state level appealing to fear and negative emotions.

One of the last things the Trump administration did just before he was voted out of office in November 2020 was to remove the protections afforded wolves under the Endangered Species Act in the lower 48 states. The only exception was a small population of Mexican gray wolves in Arizona and New Mexico. The U.S. Fish and Wildlife Service made its decision even though wolves are still absent in the vast majority of their former range across the continental U.S. This went into effect in January 2021.

Make no mistake this was another mission accomplished moment by the US government (in case you are unfamiliar -search Wikipedia for “mission accomplished“). Wolves were only starting to get a foothold into their former territories and now when continued protections would make all the difference the federal government is saying wolves and conservation groups are on their own. There seems to be a policy lately of abruptly abandoning commitments and walking away.

To make matters worse, rational debate on wolf conservation is harder today than it was just five years ago. America essentially has one functioning political party and the other one is riddled with politicians pandering to conspiracy theorists that question basic science and believe in things that make reasonable people wonder if we are living in the Twilight Zone.

Some politicians themselves go beyond pandering and actually believe in conspiracies themselves. One unhinged GOP member of congress has blamed forest fires not on climate change but on Jewish Space lasers. How can you draft legislation with someone who thinks like that? It’s sad that her party has been mostly silent when she makes anti-Semitic and anti-science comments like this.

To ignore these realities when trying to effect policy change is to ignore the elephant in the room. Our political system has been compromised. Respectful discourse is dead. You can’t run a country like that and this makes coming to an agreement on how to manage wolves that much harder. With no federal protections, wolf management is the latest thing to fall victim to state partisan politics.

There Will be Blood

As expected when a vacuum is suddenly created, the worse elements rush in to fill it. In this case, once protections were lifted, many states like Idaho, Wisconsin, and Montana with ultra-conservative state governments opened up wolves not to hunting but to slaughter. It wasn’t about tracking an animal and allowing the principle of a fair chance for the animal to escape (i.e. hunting).

Instead, it was about setting wire traps, poisoning, running wolves to exhaustion with teams of dogs, hunting by helicopter, at night and killing pregnant females or newly born pups in the den. It was about issuing licenses with no limits on the number of wolves killed, goals of 90% reductions, and hiring PR men like Ted Nugent to spin his lies about wolves to increase public support for eradication. To quote one staffer at the Wisconsin Department of Natural Resources it was a f***ing abomination.”

I was really disappointed to hear that Biden would uphold Trump’s policy towards Gray wolf protections especially after viewing this video below. It seemed like he was on board for his administration to take action. It has already been proven that states cannot be counted on to make decisions based on science. They will pass laws to placate the emotional diatribe of hunting groups, livestock owners, and trigger-happy let’s go kill som’em types.

Biden Administration lawyers persuaded a federal judge in California recently to reject a lawsuit from environmental groups that want to restore protections. This has signaled the new administration’s intention to continue with Trump’s plan and has prompted an outcry from the activists behind the suit.

“The Biden administration has betrayed its duty to protect and recover wolves. “The Fish and Wildlife Service has the power to stop the immoral killing of wolves right now, and its refusal to act violates the law and the best science, as well as its treaty obligations to tribal nations.”

“Delisting the species was the right thing to do and had been in the works for many years before Trump’s final decision. However, he acknowledged that he was worried about some of the hunting policies being put in place by states where wolves are present.  Certainly, some of the things we’re seeing are concerning.”

Biden can’t have it both ways: He can’t say that he supports science-based decisions and then turn around and allow a bloodbath for wolves in Wisconsin, Idaho, and Montana. Why build something up only to tear it back down to its starting point?

How you can Help

If you are disturbed by the situation in Montana, Idaho, Wisconsin and elsewhere in America and Canada: