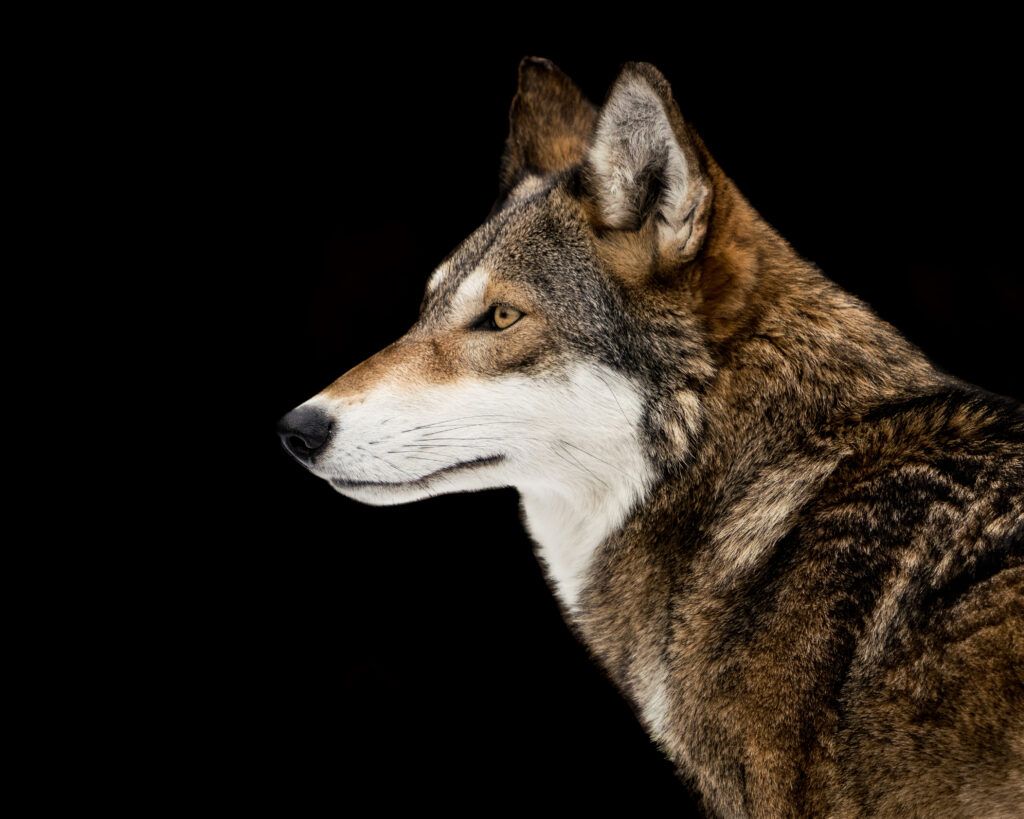 Red wolves are truly American; historically they were only found from New England to Texas. There were no Red wolves in Canada or Mexico. They lost over 97 % of their habitat due to human activity and hostility which led them to extinction in the 1980s. Captive wolves released into the wild saw them regain a foothold. That foothold has become tenuous and the gains realized have been diminished in recent years. Is this the last stand for these magnificent animals? Their numbers in the wild are so low (estimated at 10-35 animals) that you would be forgiven for asking “are red wolves are extinct again?”

No, they aren’t but it doesn’t look good. Red wolves are only found in North Carolina spread among 5 counties with a couple of wildlife refuges surrounded by private land. They have already been extinct in the wild once before, but through the release of animals born in captivity were able to rebuild to a population of over 100. In recent years the population has been diminished to an estimated 10-35 animals in the wild.

The red wolf truly is America’s wolf because it has only ever been found in the lower 48 states with a historical range from New England to Texas. This wolf is smaller and leaner than a gray wolf but larger than a coyote. Their fur is brownish, sometimes with a reddish tint with black fur on their backs. Some people think that at a quick glance they look a bit like a German Sheppard dog. They can weigh between 45 and 80 pounds and are around 26 inches at the shoulder and about 4 feet long. Males average 60 lbs and females 50 lbs.

The usual man-made pressures on the species such as hunting, poaching, and loss of habitat led to its extinction in the wild in the 1980s. Fortunately, the fire that is the red wolf still had some embers burning in the individuals that were left in captivity in zoos and sanctuaries.

In 1987 just eight individuals were released back into the wild in North Carolina and they made a comeback. The population increased to over 100. Unfortunately, the pressures that led to their first extinction were still firmly in place. Poaching and mismanagement by the Fish and Wildlife Service saw numbers dwindle once again.

To add salt to the wound, the Fish and Wildlife Service put forth a proposal in 2018 to reduce the area of land where these wolves are protected in North Carolina by 90%. Yes, you read that right, 90%! They also permitted private landowners to legally kill wolves on their land. It was almost like they wanted the species to fail.

Fortunately, a lawsuit was brought forward by conservationists that claimed the Fish and Wildlife Service was violating the Endangered Species Act and they reversed course. Check this video out related to how the FWS betrayed its obligation to the red wolf and put it back into peril. With so few animals left in the wild at this point, it would be reasonable for most people to think red wolves are extinct again.

What is Being Done?

A ray of hope came in the spring of this year when four captive-born wolves were placed in a den and successfully taken in by a wild red wolf mother. This meant that it was possible to release wolf pups into the wild and they would be adopted by wild wolves. Fortunately, red wolves seem fine with raising offspring that is not their own. This was also a way to add some genetic diversity to the wild wolf population. The more inbred the wild wolves are the less likely they are to adapt to change, diseases, etc. It’s not the strongest species that survive in nature, but the species best suited to adaptation.

As far as researchers know, these pups are still alive. There were four adults released around the same time however and they didn’t survive. Three were hit by vehicles and one was shot by someone on private land (where the animals are not protected).

This winter, the Fish and Wildlife Service plan to release nine more adults but this time around they are taking more steps to ensure success such as better preparing the wolves for life in the wild, trying to reduce vehicle collision, and educating locals about what they are doing and just how critically endangered these wolves are.

How do you Prepare a Captive Wolf for the Real World?

The pups are kept in large enclosures that have features of the outside world. There may not be roads in the enclosures but the caretakers can pair stressful things like a veterinary exam with automobile noises so that the wolves learn to associate vehicles with things they don’t like. Feeding times are randomized so that the wolves do not come to associate humans with food.

Vehicles are a major cause of unintentional death for red wolves. The Fish and Wildlife Service is working on putting up more signage, creating animal crossings (like what you see in National Parks) as well as making radio collars more reflective so that the animals are more likely to be seen by motorists.

In true American Spirit, The red wolf is a fighter. It actually has been extinct once already and made a comeback. It’s unfortunate that more Americans have not embraced the animal based on its backstory alone. The red wolf is uniquely ours and we have already failed it once. We need to make sure we do what we can to ensure this species survival so no one ever has to ask are red wolves extinct again?

Winter is coming here in Oregon. Last year we lost power at least three times during the coldest months of the year. Once it was out for almost a week. I’ve been searching for a ready-made kit to get my family through a natural disaster. Nobody does emergency/disaster preparedness like Judy. They have guides for everything from fires and floods to tornados and hurricanes. Their kits come with first aid supplies, food, crank radios, power stations, and absolutely everything you might need to get through a tough spot. I plan on getting the Power Prepper bundle myself. Order yours today, your family will thank you.